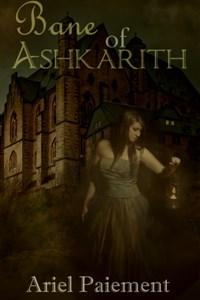 Montelishrian scholar and archaeologist Kaidan Tadegan is working on a new site trying to prove the myth that two armies of the gods clashed there. While digging, he discovers the evidence he's looking for, but he gets more than he bargained for when he discovers a woman's corpse in a section of the dig site where no other corpses have been found. As he digs the bones out, he discovers a journal with the woman's body, which tells a story that---if true---will turn the myths of the old world and the established concepts of good and evil on their heads. Startled by the find, Kaidan sets out to discover whether the diary's claims have any validity.