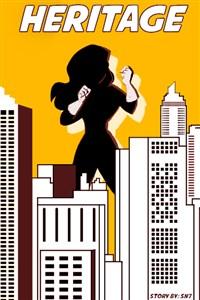 In the world where people with superpowers exist after waste dropped by extraterrestrials affected most of the world, Eliandre Dimakos is a hardworking and religious nineteen-year-old girl that just moved abroad to enroll in a prestigious university.
She struggles with money but thanks to her hard work and scholarships, she can focus on preparing for her new school life. Everything seems to be going for the better until she meets a handsome gentleman who takes her out for a romantic dinner.Before she realizes it, powers that she was so afraid of manifesting do just that, dragging her into a superpowered struggle between two factions, one of which is run by the de facto shadow leader of China.