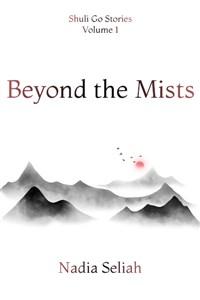 Zhao Lian is a sheriff without a county. A member of an old magical order called the Shuli Go, she was raised to uphold the law and protect her fellow citizens. But after her order was disassembled, she was left with no choice but to wander in search of work for someone with her very particular set of skills.
That wandering leads her to the town of Three Paths and an old associate who soon draws Lian into the biggest contract of her life. A foreign king, political rivalries, and the fate of a nation hang in the balance as she weighs the value of the law against that of her own life.
The first in a series of short stories set in the Central Empire and its surrounding kingdoms: a magical early-modern world based on the history of China, Japan, and other East Asian countries.