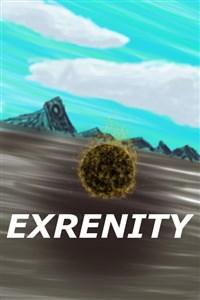 The world of Corozin had been ravaged by the malevolent Gods since its birth - until the faithful arrival of the six Maidens, who sought to bring order to the sacred lands now called Six Point. But this was eons ago, and through time, Maidens were replaced with newer generations - except for time. Her sudden disappearance left an empty void between the balance of the Maidens, resulting in cataclysmic events that would forever change the course of the world.A young man by the name of Exrite seeked for the Gods; the forsaken Children of Balance, for he had believed in their promise to liberate him from his curse. But little did he know that his 'curse' would become a catalyst that would slowly entangle him with the fate of the world.
Worlds will collide, kingdoms will rise and fall, but most importantly -
This was the beginning of the Exrenity.