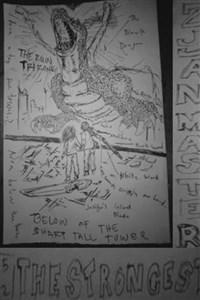 Teaser: I've retired for my freedom and to find peace. I was born a knight with no inheritance. What could they expect from me? —Jaino. I've tried to purge the catalyst. Is my strength not enough? —Jesifer.
Blurb: Including his guild master, many lives had lost to end a calamity. Jaino feels guilty. Still, the first prince of Jelfyr assigned him as a higher official. This has made him hiding to avoid conflicts.
Wanting to find peace, he accidentally meets Criselia, forcing him to accept an agreement. Consuming many lives, her demonstration has left him no choice.
Meanwhile, Jesifer, the queen of Jelfyr, she receives an orient report from the JSA.
Attempting to end the battle in the wide plain while avoiding casualty, she instead meets Dandia’s ruler, seeking for the strongest.

The outside world now slowly unfolds.