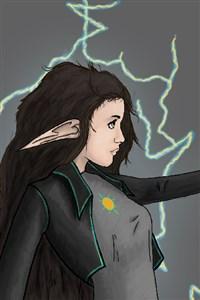 Sam is a quiet 16 year old high school guy. He's a nerd and a geek. A pretty typical guy. When his friends try to peer pressure him into playing the tank role for the new VR game they all want to play, he rebels, although he can't quite figure out why. Choosing instead to play as a healer, Sam dives into the world of Pellan Rise as the dainty little healer named Sylanna, where he discovers that the game has a lot more influence over the real world than everyone thought.
Lots of LGBTness in here, as well as unending cuteness.
This story was my first ever story to be uploaded online. This is the edited version, fixing as many of my dumb mistakes as I can find. Unlike my other story, Kammi Kettu, this one is also much more in line with the audience this site attracts, which is to say it is both an Isekai and a VRMMO story in one :P. I hope you enjoy!