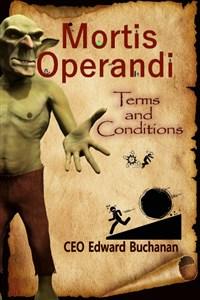 Adventurers enter dungeons every day. Battling evil monsters, defying dangerous terrain, triumphing over devious traps...
... but none of them ever ask why?
That arrow trap, who reloads it? The pitfall trap, who cleans out the bodies and sharpens the spikes? What if the grates get clogged, where will the blood and gore drain? When you are trying to study ancient lore or plan on conquering a kingdom, you don't want to worry about all that. You just want peace.
Mortis Operandi is a different kind of company. One that celebrates diversity. One that celebrates value in individuals. With flexible pay and plenty of advancement opportunities, it is a company that knows its workers are it's most valuable asset. As they design, build, and install traps, rooms, obstacles, and repair they are a one stop shop.
The sudden exit of Mortis Operandi's CEO, the company was facing ruin. The goblin Eft was choosen as the new CEO and boss. The previous CEO made promises and contracts that Eft now has to fulfill, and it is causing a lot of trouble. Restoring the ancestral home of Ogre's seems easy enough, what if a thriving town now resides there? Along with facing corporate invasion, Eft must take on the tasks he wouldn't wish upon his worst foe, Customer Service.
*Note the above statements are forward looking statements. In no way do they promote or suggest that Mortis Operandi will project greater sales or revenue. Understand that investing in a company does involve some risks, and possibly much rewards.