The Oddity: The One Who Does Not Belong 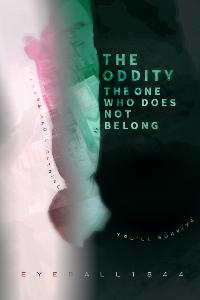 A purple ball descended from the sky, a gift from the primordial dragons, granting many races of the world access to magic. Unfortunately, humans were not one of those. During the great war, the magicless humans were nothing more than fodder, meat shields. Until one day, their powers awakened. After the war, with the ability to now wield, fire, water, earth, wind, or lightning, powerful magicians gathered to build a safe haven for humans, the Kaldora Empire. Before the humans had magic, other races prospered with it. But, within their midst, there were... oddities. People with an affinity for two elements. Each one leaving some sort of disaster in their wake. Each one, not quite fit for this world. A young boy's family, killed in an accident, only he and his sister survived the night. After that, they were split up, each taken in by a different relative. It has been eight years since the flames engulfed his home and most of his family. With his magic powers finally showing itself, he goes off to a magic academy to better learn about his newfound powers. But as he grows, something else does as well. The voice inside his head, the thing that influences his thoughts, the monster that he wish was gone, the devil inside his heart. This is a tale about connections.