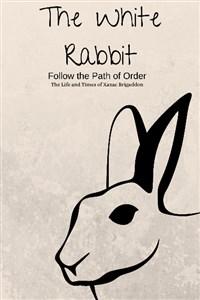 In the Urillian Empire, the Empress Xandra rules three quarters of the planet Xren from her home in the capital of the Earth Continent. Both the fire and water peoples have fallen under her might after a series of wars stretching back three centuries. Earth elves, under Xandra's rule, have spread throughout the planet and established colonies, and are, by all accounts, enjoying what seems to be a prosperous and happy existence.
But not everone in Uril is happy. The holy books speak of elves as the Chosen People of Thesis, tasked with guiding and protecting the lower races. For some people, this scripture has been interpreted to designate their life as one on the lowest rungs of society. Humans have been reduced to a slave class, and serve their elven masters under Xandra's rule, kept at bay by the constant fear of the dreaded Emerald Knight, and their own percieved weakness. Humans do not lead long lives, nor do they posess the wisdom, power, or magical accumen of their elven masters.
But there is hope. A group of people have banded together to fight against Xandra, her Knight, and her empire. They call themselves the "Knights of Order" united under the principle idea that Xandra's reign has brought chaos unto Xren, and they wish to restore order. These Knights are led by a man named Xaxac Brigaddon, spoken of as a legend. They say that when the moons are full, some humans transform into powerful beasts. They say that Xaxac is the most powerful warrior on Xren, that in his youth he was enslaved and forced to fight other humans to the death in a bloodsport called "cage fighting", that he could not be touched and held the world championship title for three years running until he faked his own death and escaped his master to join the resistance. They say that he has friends in high places- noblemen, pirates, and the devil himself. They say that if you can find him, he can ferry you to freedom in places where the Earth Elves fear to tread. They say that he is immune to magical attack, and his eyes shine like the silver moon. They say that he is descended from Quizlivian Briggaddon, one of the humans who helped the demon Magnus escape a god.
They say that if you want to walk the Path of Order, you should follow the White Rabbit.