House Of Omen: The Indomitable Smithersmith 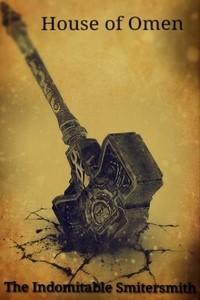 Every day for six years straight, from the time he was twelve, Darius Omen hit an anvil ten thousand times a day without stopping. He did not know the reason why he had to, all he knew was that he must. Little did he know that hit by hit, strike by strike, his originally meek body was being refined into something that had never been seen before in the history of mankind.
In the war against spirits, mankind had little to be proud of. Yet one day a young man entered the battlefield. He dazzled millions and killed even more, all with merely a rusty old hammer than no one could hold or fathom.
...
Novel started by Patriarch Onion (Author of Solitary Sword Sovereign and Titan's Throne), later picked up by Jym Pineapple (As of chapter 5 onwards) and hosted on theonionjunktion on royal road with the commentary of the beautiful and handsome Cookie.