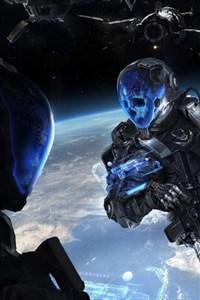 The Dominion is the most potent power in the galaxy. It's past is shrouded in mystery and legends. For nearly three millennia, the line of Hester has ruled the growing empire. All of that would not have come to pass if not for the Godslayers.
It is their victory over the Hollow Gods, which still echoes and shapes the world, so many centuries into the future. It is their secrets which can bring it all down in flames... because The Regis is about to wake once more and they are too few.