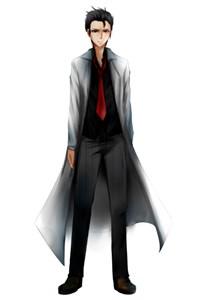 In a world of floating islands of stone in the sky, where rivers flow through the air and defy gravity from one island to another, and ancient ruins can be found containing wonders beyond what can be produced by the lands current inhabitants- a millenia long war rages.
In the distant past, beyond recorded history, when the crown of humanity's glory, the city of Uri, had stood whole against the enroaching demon swarms- even as hope seemed lost, a band of heroes, against all odds, managed to steal powerful magical knowledge from the demons. With the demon's forbidden knowledge, in the heart of Uri a new ritual was made. Called, "The Millenial Summoning," the ritual had the power to call a being from another world that would have the power to change the world forever.
The first being summoned became known as "The Speaker," and he brought the power of the Gods to the world. With the blessings and power of the new priests, the unstoppable demon hordes were finally halted.
A thousand years later, the ritual was used again and "The First Sorceress" was brought to the world. She brought the knowledge of advanced magics, and techniques to find and refine magical talent. With the magic power now added to the battlefield, the stalemate was broken. And for the first time, the demons were pushed back.
Another thousand years later, and all of humanites hope for a final victory were dashed. Traitors slew the ritual's participants and took their places, and humanity quaked as The Demon King stepped into the world. His name, his nature, where he came from none of these are known, but what is known is his overwhelming power and his brilliant strategic leadership of the formerly formless hordes.
Still, despite their position being even more dire than it has ever been since history has been recorded, humanity held on for another thousand years. Aided, thankfully, by The Demon King not taking the field after the first few years and battles.
Now, the ritual is being cast again and a new hero is being summoned.
In our world, after nearly three decades of study and hard work, Lucas Jaeger is making his dreams come true. With a double doctorate in both genetics and microbiology, as well as an associates degree in accounting, he has finally, after nearly driving himself mad from stress and sick from overwork, been able to put to together a presentation and ask for a business loan. His long time dream, earned by his own blood and sweat, to start his own commercial genetic company is finally coming to fruition.
Lucas's car never left the banks parking lot and Lucas was never seen again in our world.
This is a rewrite of "A Broken World." It is basically the same story, just a thousand times better and with decent length chapters!