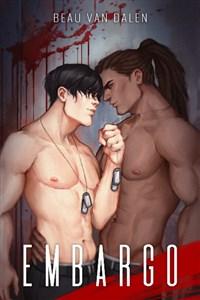 An unresponsive space station. An elite squad of assassins. Their mission is easy—get rid of the traitors committing mutiny, get out, and leave no traces behind. But things get complicated when no human life is found within the now abandoned station. And when two highly skilled soldiers—Lieutenant Yuuta Aoki and Major Xander Williams—are separated from the group: chaos breaks loose. Left to fight off creatures lurking in the depths of outer space, forced to face an investigation bigger than themselves, Xander and Yuuta must survive and escape death before it catches them first.