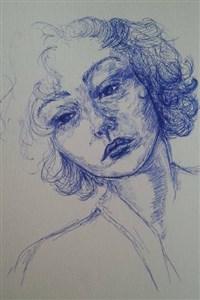 Magic and fantastical beasts run wild on the countless worlds of the Fabric and Deities take an active interest in the events of the Fabric.
Poliagoras is the most important world in the Fabric partly due to it being the centre of everything both literally and metaphorically. Trade, commerce, travel, and politics are all conducted primarily on Poliagoras, it has the biggest city in the fabric stretching to cover almost the entire world. It also holds all the known Great portals in the Fabric which are the only way to travel to other worlds. Even without these things, Poliagoras would still be the most important world in the Fabric as it is home to the largest population of Favoured. They were mages chosen by the Deities and given the potential to become more than mortal.
This story follows a protagonist who is that figure in the shadows, the one that deals with the unpleasantness so the hero can continue being a hero.
A quick rundown of how it begins.
Umbra a naive ward of the Duke is almost Grown and that means she will need to take an apprenticeship a. The issue is she isn't particularly good at anything and if she is not picked by a master she will be thrown to the street to provide for herself. Fortunately, she meets one of the Masters on a night out of the Duke's fortress. He takes a liking to her and assigns her tasks to see if she is worthy to study magic as his pupil.
The current title is most definitely a working one. I know it isn't great.