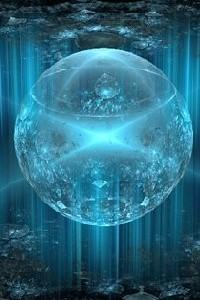 An unassuming object from the Heavens Strikes the Earth, and in its wake the new age of man begins. The impact of the Objects Gives Birth to 2 new species of Neo-Humans, and one of the newly created Neo-Humans gives birth to a Hybrid of Human and Neo-Human. The 2 Neo-Humans are sometimes good and sometimes very-very BAD.The world is changed forever as the 2 Neo-Humans go to war with each other over the right to determine the destiny of the world. The war draws in the Hybrids and the Humans escalating it to the point where the survival of life on the planet hangs in the balance. An unexpected resolution and peace is restored; for as long as a tentative peace holds.- - -This is a story of Men of Honour and Women of Virtue. A story of Armies of Light and Soldiers of Darkness; A story of Great Battles. A story about the Home of the Warriors, the Reasons they Fought and How they Died.- - -Author's Note:I started this Work of Fiction before Realm Eternal, but at the time Realm Eternal was burning to get out of my head and onto paper/screen so I couldn't focus on Crystal Guardian, and now that the Realm Eternal itch has been scratched I can begin releasing Crystal Guardian Arc 1: Between the Darkness and the Light.To be honest despite my dislike of Overpowered Characters my Protagonists are OP. I try to balance it out by making quite a few other people OP.【Written in South African English which means closer to the British Standard.】- - -Warning: Mature Content 【Violence, Language and Adult Themes 】List of My Novels:『Realm Eternal』『Crystal Guardian 』『Exiled Nomads of the Galaxy』『Soul Vessel Psyche』