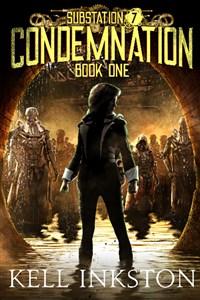 Claire Aireneth needs to write her entire thesis in one week. As a student of the prestigious Royal Academy, her work on magitech automatons needs to not only hold sway with her professors, but keep in step with her late mother, who practically wrote the book on humanity's mechanized companions. If she fails, she'll have failed in her only self-given purpose: to become as good an engineer as dear ol' ma.
Focusing the other half of her energy on keeping herself from keeling over in an anxiety attack, she does her best to weigh in her options. After hours of thought, she's at the verge of giving up hope on it altogether, until she realizes she has a unique edge on her fellow peers when it comes to doing research in a unique environment;
A very unique environment.
Her father is the kingdom's only magitech substation rounds officer. An incredibly important job that only requires a single person. It's through him that the magic powering the city's tens of thousands of devices operate smoothly from his light weekly tweaks, for it's industrial automatons that do the rest of the work for him.
It's illegal to go down there, but Clare has no choice.
Going undergound into the substation system, she finds much, much more than a few simple androids busy with their menial tasks.
She finds the kingdom's true form, and it doesn't want her down there one bit.
Updated every Saturday and Wednesday.
Kellinkston.com