Beacon in the Dark 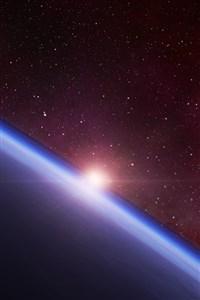 After Humanity achieved the ability of Faster Than Light travel for a long time we expanded rapidly across the galaxy believing that we were alone.
We were wrong.
A mysterious armada of warships appeared out of nowhere and with weapons and defensive systems decades more advanced than humanity’s own cut straight through the rimworld systems and attacked the core of humanity:Earth itself.
There a human coalition fleet made its stand to stop them.
And failed.
Dozens of human warships were obliterated and thousands died . All spaceborn infrastructure inside the solar system was destroyed and the mysterious ships stood victorious over the skies of Earth itself.
And then they..left.
Without having said a word during the whole 2 years of their invasion and in the moment of their triumph the unknown armada turned around and disappeared.
It has been over 100 years after the catastrophic event that humanity named "The Miracle War". After the chaos that followed the fall of the Terran colonial empires the situation in the core systems of humanity settled down with 4 major powers and a lot of of smaller ones establishing control in different parts of human space.
Earth is no longer the only center of humanity.

Now ,amidst rising tensions between the major powers of the Core worlds ,in a mining colony on the rim of human space a young man is preparing for his first mining expedition.

This is my first time writing something longer than a short story in english.I have plans for this novel to be part of a sci fi series i have had in my mind and been expanding for years but never before had the courage to share with anyone.What you can expect is lots of action with interesting tactics,grand strategy and a bit of politics all set inside a well developed world.
I plan on releasing a chapter at least once a week but expect more frequent ones for a while since i have a lot of parts already written down.