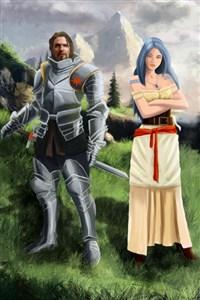 Gersius knew the war was lost even if the kings or his own brotherhood did not. In desperation he challenged his order and evoked a sacred right to go on a quest for his God. They could not deny him his request, but they didn’t have to help him. With their scorn he set off on a desperate mission to find the one thing he knew could turn the tide and win the war.
Deep in the wilds of the south east was the only place he knew where to find one. With the hope of a shattered empire riding on his back he sets off on one last quest. His one chance to save the people of t Delvarium.
If he succeeds he will be the greatest hero in the land since the dragon knight of old. If he fails his order will tear him apart. The war will be lost and the people will suffer. Only one thing was certain in his mind as he set off, he wasn’t coming back empty handed. If he failed, he wasn’t coming back at all.
I serious story of war, love, secrets, and betrayal in a high fantasy setting.