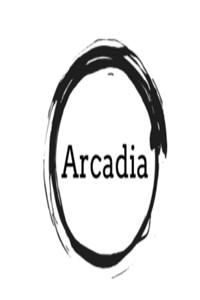 Year 3444: A fledgling colony funded by Lanston-Co, a multi trillion pound corporation from the United Interstellar Kingdom has set out to colonise the frontier world of PN-40A7823F - Arcadia. The colony headed by an idealistic young man - Adam, the youngest of the Lanston family will seek to settle into a new harmonious existence. Life on Arcadia is bountiful with everything thriving in a complex web of symbolism, the earth readily gives up its fruits and seeds for man to feast alongside the natural beast of the world. As man drives to bend Arcadia to its will as it has done countless times before on thousands of worlds, they will discover the hubris of their actions.

Schedual:
I'm not sure how often to release and what. Due to a full time job I can't churn content out as fast as I would like.
If you like the concept could you please give your indication in the review section or pm me your preference from the choices below:
what has been written each week what has been written every two weeks week1 full chapter a month
All content released will be reviewed in the same method so the quality should not be effected by the different schedules.