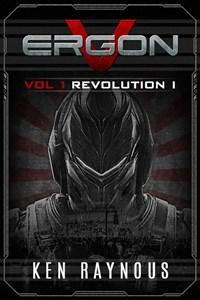 In a not so distant future, five teenagers are selected for an advanced antiterrorist unit, having to balance their personal lives with their new responsibilities to avoid world chaos.

--- Concept ---
It's Power Rangers meets The Dark Knight: a more mature take on the concept of the popular kids’ show aimed at young adults, packed with military-like/martial arts action, unforgettable characters and classic elements from thrillers. Just imagine the difference between the 60s’ Batman TV show and the recent Nolan movies, both having the same basic concept…
In strictly literary terms, this novel will appeal to those who enjoy thrillers with techno, military and political elements (Barry Eisler, Vince Flynn or Tom Clancy's Rainbow Six; Deus Ex: Icarus Effect would be a good example since the Deus Ex universe, particularly its setting and atmosphere, is one of my greatest sources of inspiration), those who read novels for young adults with teenagers facing life or death situations (The Hunger Games), and those who are fascinated by the world of Anime (Sword Art Online: Phantom Bullet, All you need Is Kill or Fate/Zero; Neon Genesis Evangelion, although not a light novel, would be an excellent example, especially when it comes to its partial school setting and the psychological dilemmas the characters face throughout the story). Finally, this story has its share of character-driven and building-towards-big-events plot style reminiscent of one of my favorite literary sagas, A Song of Ice and Fire.

--- Publication ---
The manuscript of the first two out of three books of Vol.1 are already complete, although the corresponding revisions are of course still pending, and right now I'm working on the last one along with the first book of Vol.2, not to mention I already have a clear idea of where the overall story is going. The chapters will be published between 2 and 3 times per week depending on their length (which varies between 2500 and 4000 words approximately). There will be a break of one week between books and 2 weeks between volumes so that I will be able to accommodate things as best as possible without rushing while maintaining a constant line of publication to avoid falling in long hiatus periods.
PS: The design of the cover is mine, but the illustration is a montage between two images that aren't mine.
PS2: Since English is not my native language, any kind of constructive criticism around this aspect of my prose will be welcomed.