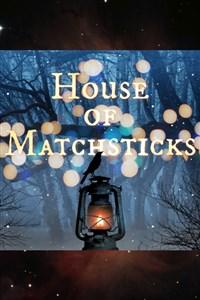 In the land of Benemourne, a powerful half-man, half-machine King is on a tyrannical sweep, overtaking nations and leaving thousands of dead in his wake. As the King's power grows and Benemourne falls into darkness, a rebellion begins to form. Among the rebels is The Collector, a supernatural entity doomed to collect the souls of the dead, and Isaline, a sixteen-year-old girl with a mysterious tie to the legend of an ancient evil hidden somewhere in Benemourne. When it becomes clear that the King is attempting to resurrect this ancient evil, Isaline and her companions must find and destroy whatever awaits in the House of Matchsticks before the King gets to it first.