The Adventures of Rich Burton, Knight 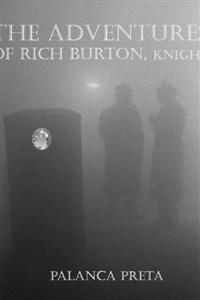 This tale is an offshoot of my Misplaced Dungeon story. Rich Burton is Mary Silvestre’s agent on the heavily polluted world of Tarifax.
The self styled New Gods had been entrusted with five worlds by three of the more adventurous minded Greater Gods. There had originally been five worlds, maybe not the most verdant or prosperous of worlds, but they had been perfectly adequate. Now only three remained and all three were suffering under the mismanagement of the New Gods.
The Gods War, long prophesised had started on Parthia and the local single planet gods there had had some striking successes. Mary Silvestre one of the dungeons seeded by Azurea at the behest of the New Gods had Allied with Ocidon the local god of the seas and managed to ascend to demi-godhood.
Now she has managed to gain access to Tarifax and they are in the process of expanding their power over other worlds. And the Gods War has come to Tarifax with them.
Rich Burton, knight of the consort is Mary’s agent on Tarifax. She has given him a body both strong and hard to damage, skills equipment and money. Lots of money.