Mixing Blood of the same Glass 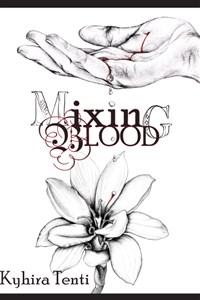 There are eleven masters of the house: the king and father Vessuillus, his wife Cassandra Miriam and her newly adult sister, twenty-one-year-old Elaine. As well as seven children, five belonging to the king and queen, one six-year-old Alda Cassidy belonging to the gorgeous sister of the queen and one adoptive son Seth who was treated no better than a slave although he held the family name. When the king and queen is away, the children openly bullied Seth treating him less than human, an abomination or simply their plaything. Seth throughout the story searches for a will to live (a bit of kindness) and discovers he is the host for the demon Strayed. who he shares a body with and a way to help the only one who treated him as if he was human a way to the throne. Everyone has a piece of the story, but to reveal all, will leave only one alive.