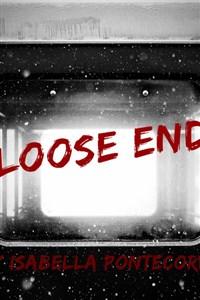 Steven John Rodger’s parents died in a car crash; at least that’s what they told him. The day after receiving this devastating news, he is whisked off by members of his parent’s ex-employers, the notorious Crow Corporation (C.C.). Steven is placed in a C.C. funded orphanage, joyfully known as The Loving Care. Despite its cheery name, the Loving Care has a dark underbelly; in order to adopt out children, it drugs them so they become placid and forget their traumatic past. Fortunately, Steven’s time at the Loving Care is cut short when he is adopted by his long-lost aunt, Ann Ren, and her family. Steven settles into his new home only to discover that the Rens have a secret. One that could get him buried in an unmarked grave if he’s not careful.