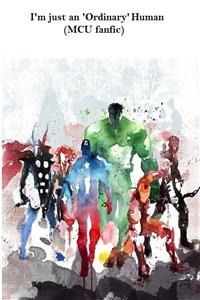 A guy gets hit by a truck and sent to a fantasy world with less power than your average peasant. (Un)fortunately, he discovered his secret power of Immortality at the hands of the current destroy-the-world inclined Demon Lord and becomes experimental subject #1. After hundreds of years, the Demon Lord is killed and the job of destruction was handed to him. Being not terribly favorably inclined to this fantasy world, he wreaks havoc on the world... Killing sacred beasts, massacring cities with an army of undead, headhunting servants of God, plaguing a whole continent with a deadly virus.But he was still unsatisfied.During an experiment, he accidentally killed himself trying to open a gateway to a new world. And wakes up from his coma in his original world. Except, it isn't his world, exactly. Now there is a man in a metal suit, a 90-years old buff dude with a shield, a muscle head demi-god and other weirdos who formed a team called the ‘Avengers’. None of that matters though, because he is so over all that drama. This life is going to be carefree. Or at least, that's the plan. Note: The 4th wall is thin on this one, so the MC often breaks it. As this is fanfiction, I will make sure to follow the "Fair use" clause of the Copyright law.