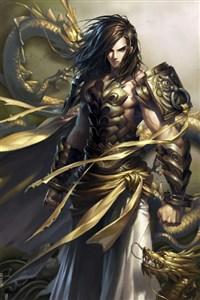 Kenji’s only dream in life is to become a great rebirther. But with no talent for the mystic arts, the age old tradition of cultivating essence by returning things to their newborn state, to grow a second and third time, is far beyond his grasp.
Worse still, he is yet to be rebirthed himself and stands a dullard of a giant among his diminutive peers, with no chance at marrying the girl of his dreams.
Relegated to working the orchards as a common laborer, Kenji settles into a life of lowered expectations.
But when an immortal warrior from a distant land enters his village, pursued by a powerful demon, Kenji’s discovers a truth within himself that will not only question who he is, but perhaps everything he can become...

Note: Temporary Cover art is not my own. Credit to yun-nuna.tumblr.com