How Much For Your Soul? 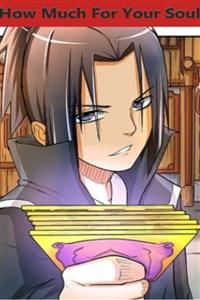 A god is bored. This is never a good thing, especially if you are chosen to relieve that boredom. Two people that argue over a fan-fiction are selected to enter a world this god created and prove their arguments by living them! One, a male that realizes that this brutal world is a chance to live out his desires, the other, a female that holds up Earth's values and morals, believing that just because the world changes, a person does not change their personality. This story follows the male's point of view. Obviously, this is a fan-fiction and credit goes to original authors. Also, thanks to Tales of Demons and Gods Wikia, I pillaged like a Viking.