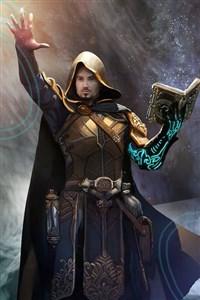 Victor was always a diligent and hardworking man, He enlisted in the army but after a short amount of time he was sent to the special forces, he spent 27 years in the military before retiring and opening his own private military group.
Due to his contributions during World War III, he became a very wealthy man.
He never married or had children as he never had the primal male instinct to reproduce, Instead, he adopted two boys he met in Afghanistan and raised them to be his successors.
But one night as he fell asleep, he awoke to find himself in a white room surrounded by giant figures.
Found the cover at google images, I do not own this cover.