The Queen Of the Cosmos (#Wanderer 1) 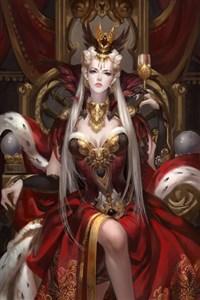 Faye Cosmos, the world's most self-centred and antagonistic man has died at the cruel hands of fate.
However, he laughed during his death. He laughed in contempt at the world for bringing him down.
The day he died was the day an anomaly was born in a world of gods and demons. Faced with beings that could kill him at the spot, he dis the only thing he could do.
To rise to the top.
Follow Faye, as he, or she defies the laws of god and destroys it.
xoxoxoxoxoxoxoxoxoxo
Yes, I am the author of this story. The other is trinityVictoria which I gave up on because I forgot the password. Geez.