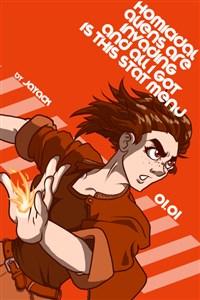 Thousands of people around the globe randomly find themselves "hosts" for alien technology that allows them to alter their minds and bodies in an instant through holographic menu systems. With the touch of a button, any of the hosts can become super strong, gain magical abilities, purchase a giant robot, or become a master in any of an almost infinite number of skills that range from advanced combat techniques to fidget-spinning. However, the hosts also become targets for nightmarish, shape-shifting creatures that have come to Earth following the newfound extraterrestrial tech. The menu systems can grant their hosts great power, but it may not be enough to survive the horde of murderous beings hunting them down.