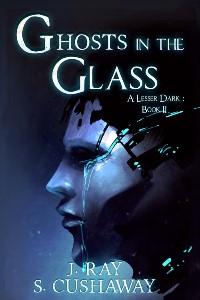 Leigh Enderi thought she would be safe behind Dogton’s gates. . . but her fight for survival has only begun. The Bloom is over and Dogton is left buried by the monstrous storm that swept across the Shy’war-Anquai desert. With Neiro Precaius presumed dead and the legendary scout, Kaitar Besh, missing, the town totters on the verge of collapse under the disastrous rule of Evrik Niles. As one disaster after another strikes, Leigh’s will is stretched to the breaking point. The only hope left waits locked in a dark cell—an Enetic every bit as dangerous as the militant Scrappers prowling Dogton’s dusty streets.

(Book Two in a series)