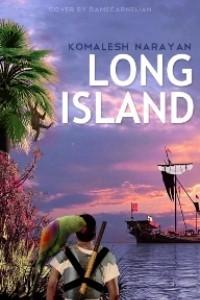 Long Island was not the first virtual reality game or to say a VRMMORPG. Not the one which changed the world and became a legend. No, it was made when there were lots (quite a few) of virtual reality games already on the market. Each game had its own unique AI feature, its own unique adventure, promising everyone a chance to become King, if not a God. In such a time Long Island was made. Just a little different, just a little unique. A normal guy was starting his own adventure, in life and in game.Note - Adding a cover made by someone I connected through wattpad: @DameCarnelian. Just a warning, it is not an accurate representation. The ship is not Raka's ship so avoid any confusion in that regard.