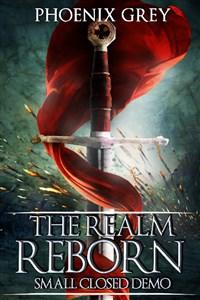 One of the world’s top competitive gamers, Theo Robinson, has been invited to demo The Realm Online, Radical Interactive’s second attempt to delve into the VRMMORPG industry. Their first attempt had critics cringing at blocky graphics and less than realistic NPC interactions. Now, after over twenty years of marrying virtual reality and medical technology, Radical Interactive is ready to try again, and they have something really big in store.Select between two races and classes, a Human Assassin or a Dwarf Battlemage, in this lite choose your own adventure style LitRPG that introduces you to The Realm and ties into both the already published The Realm Between series and the yet to be released The Realm Online series.