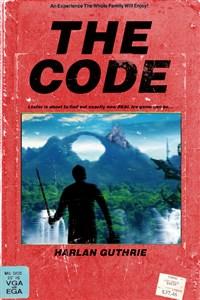 Lester Dunn is your average 18 year old boy; nerdy, socially awkward and with a creative itch in need of some serious scratching but when a mysterious code lands in his lap one wrong click will land he and everyone he loves into a world of his own creation. Now, along with his younger brother, a classmate and his artifically created NPC best friend named Kappa he must fight the realities of the game world! Can they survive, will he be clever enough to conquer his own inabilities and most importantly, can he even fix what has happened!The Code is a GameRPG with twists, turns and a great deal of humour!A new chapter released daily Monday - Friday!