The Legend of Fanaura: Cursed 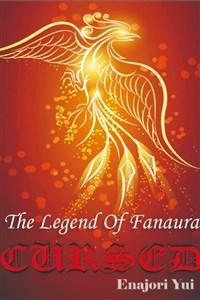 'Hey, need some help there?' An unfamiliar voice echoed through her mind, and she startled, losing her grip on the red phial. It rolled through the grass, away from her.
"Oh shoot!" she yelped, and her focus diverted from her opponent for a split second, but it was enough to prove fatal.
The beast took advantage of her distraction and lunged towards her. She tried to back away, but in her haste, she stumbled and fell. She looked at the beast, inches away from her, and shut her eyes in fear. She raised her arms to cover her head, even if she knew it was futile.
Yet seconds passed, and no pain came.
Then she heard the beast let out a pained yelp. She opened her eyes to the familiar sounds of battle before her. A tall man stood before her, locked in battle with the beast. He wielded a sword as long as his height, yet it didn't seem to hinder him in the slightest. She watched in awe as he swung the obviously heavy sword around as if it were light as a feather. His movements were swift and precise, and it didn't take long before the beast fell to the ground, motionless.
“You alright there, miss?” The man sheathed his sword across his back, before turning to her. Her eyes widened when she heard his voice. It was the same voice who had that had spoken into her mind and the cause of her almost-fatal distraction.
"You...!" she hissed.*Does death really serve you a way out? Away from everything that you wish you could just drop and give in? Life was never been easy, but to think that death is the only way to run off from fear, from people that had hurt you ... You've got to give that a second thought. She had to learn it in a hard way, that even death couldn't stop fate to have its way.
In that dungeon ... she was saved by the one that will link her back to her past life, her fate as the cursed heroine.