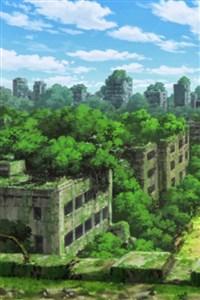 I always seem to make these too long when I ask for peoples opinions so I’m not gonna try an exciting description anymore but instead just give you an idea of what to expect.
First off, this is my 2nd attempt at a story but my foundation for this one is much better than the 1st already and I see this going much further and so far its coming together much faster and easier.
So please excuse me if things are not up to publishing standards. Also I tend to confuse your, you’re and so on so sorry to people that triggers ahead of time.
The First Magician follows the story of 15 year old Alex in a post apocalyptic rpg-ish world in the near future. Earth was transformed, monsters appeared and people began being able to use Ki but could not figure out how to use magic.
Alex ends up becoming the first human able to use magic through a series of events and sets in motion events that will change the very future of the human race. He will be somewhat OP simply because he is the only human (at least to start, who knows about later?) who is able to use mana.
“Status screens” do not exist in the traditional sense (can only see details stats/info while sleeping and visiting your soul) and many of the RPG mechanics are reduced heavily or removed.
I didn’t want the story to be like all of the other lit rpg stories on RRL but it also makes the writing easier for me hence the watering down of rpg elements.

UPDATES: I am doing this to relieve stress and for fun so I will release chapters when I can. Currently in the process of moving so time may be limited. I will let you guys know in the future if a regular schedule becomes doable.
CONTENT WARNINGS: There will be some light language but it won't be insane. I might have some gore later on but am unsure and the same for the sexual content. Sexual content isn't super likely as I doubt I can write it well but I put the tag so people cant yell about it if I add some in the future but forgot to add the tag.
COVER ART: Yes it is from the anime Log Horizon. It is a good representation of what earth looks like despite it not being many years in the future.