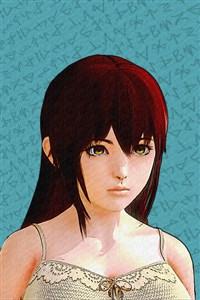 It's currently the year 3318 in Greenterra. After the great mystical war, humans had an agreement to stop making harmful chemicals for the environment. Kings and queens limited the outcome of Chlorofluorocarbons. Winters were back at their best, and summers weren’t as burning-hot anymore. Plants and trees were growing once again all over the world; the making of downtown urban cities and cars was banned; therefore, all the human-made chemical ozone depletion stopped. Consequently, allowing the planet to produce more magic; giving people and animals more magic-flow that they could use and inherit.
Unfortunately, this massive increase of magic produced by the planet also awakened a slumbered entity that was sealed off millions and millions of years ago by archangels. He made a group named, 'Black Tombstone' whose objective is to kidnap people and drain them of their magic to recover the entity's power back to its prime. Many humans and other mystical creatures have been suffering by the uprising of this terrorist group.
A peaceful young man named, 'Rukito' is caught up in all of this; he gets targeted by one of the members to die, since his parents are one of the wealthiest people in Greenterra, and one of the few that know how to work and develop magic. While this is all happening, a new member is adopted into his family, a mysterious girl named 'Kasai' that is distant and reserved is now living with him in this colossal mansion, making matters even worse.