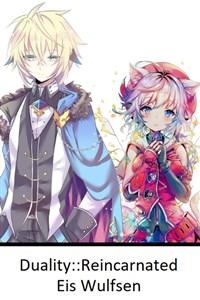 Ever since the ‘incident’ in middle school, childhood friends Will and Emily have not gotten along. Emily thinks Will is stupid and immature. Will thinks Emily is a prissy know-it-all. The two can’t stand each other, and yet they can’t seem to get away from each other either. They’re neighbors, their families are friends, and they attend the same high school, where Will is a freshman and Emily is a junior.
One night, as the two are walking home from school together, bickering as usual, a car runs a red light and crashes into them. Just before the moment of impact, Will tries to push Emily out of the way. He is unsuccessful in saving her however, and both of them perished.
After they die, they hear a voice call out to them, claiming to be a god of another universe. The god offers them a second chance at life and reincarnates the two into a fantasy world called Avalon, a world filled with magic. The catch? They start over as six-year-old children.
Fortunately, Emily is well-versed in such types of reincarnation, having read a multitude of novels over the internet. She is confident that with her knowledge, and Will’s athleticism, the two can survive in their new world. But Avalon is not quite what Emily expects, and she and Will can’t seem to stop arguing. Can the duo really thrive in their new world? Or will a monster eat them for dinner first?