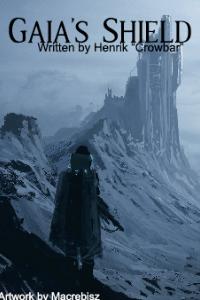 Countless years have passed and untold numbers of civilizations have risen only to fall. Ancient technology lies hidden within sprawling ruined cities. The world is dark still feeling the after effects from its previous rulers timely demise. The ever present blanket of snow will extinguish even the brighest man's future.

With 12 summers under her belt Vyla feels like she were meant to do more. She learned how to forage and survive in her harsh homeland. Still there was something missing. All the hunting and following the caravan on the same path every year quickly loses its luster. Vyla knows that there is more to this world than what she's seen.