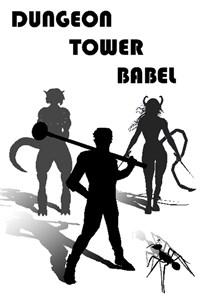 This is a short story about a naive and inexperienced boy. A boy who thinks he is a man already and decides to test his luck in a dungeon full of bounty. Bounty in a shape of monsters, minerals and other resources. The things get tough and he meets a mysterious girl. Someone, he had never seen anyone like her before. The unusual meeting leads to an unusual relationship and his adventures continue. His goal is to form a party and reach the bottom of The Dungeon Tower Babel.About the fiction:The main protagonist is not OP. He is just average everyday guy so he will make a lot of mistakes and poor desitions.There will be some GameLit elements like [Skills] and [Monsters] but they will be very light.Some teenage drama can be expected but I will try not to overdo it.This is a short novel so expect around 50k words and ~2k words per chapter, (4-5 chapters a week).