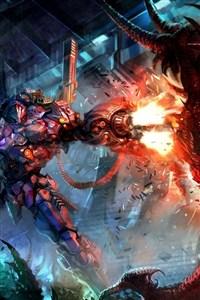 War a never-ending concept of humanity
In the year 2180 A.D, an experimental energy device known as the "Quantum Reactor" is created to help alleviate the problems stemming from Earth's dwindling fossil fuel reserves and over uses of the nuclear reactors. Unfortunately, the "Quantum Reactor" goes out of control, exploding and bathing the world with unknown energies in an incident known as the "Xianglong Crisis". As a result of the catastrophic environmental and rapid technological changes has happened to the Earth and humanity with it that follow after as well as a gate to the unknown but what lies beyond.