Re: Prisoner or How I Got Stuck in This Fantasy Kingdom SNAFU 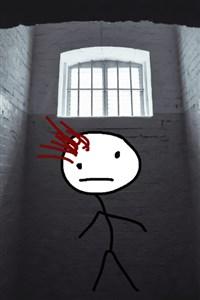 Virgil Darko, a sarcastic pessimist, leads a simple life. He's a prisoner. He's been one so long as he could remember. There's one problem, he doesn't really remember much. An amnesiac for all his time in this prison, he suffers from the reality that he has no idea how he's gotten into this mess. And worse, it's a mess that's threatening to end him.
His personal torturer, Hannibal, has every intention of making his life a living hell for as long as he lives. Between the torturer and the torture of his forgetfulness, here comes the final nail to his problems. Ritcher, prince of Rhinestone who needs his help uncovering the plot that put Virgil into this prison in the first place. But it won't come freely. Recovering his memories would make him a target, and possibly kill him.
Virgil must make a choice, between learning who he is and putting himself at risk or surrendering to his simple life as a prisoner.