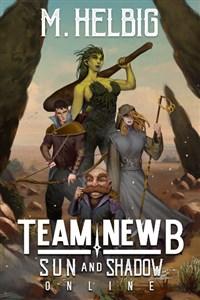 Being Murdered sucks.
Waking up in your least-favorite game afterwards . . .
The game Sun & Shadow Online used to be the epitome of cool thirty years ago—when it introduced the concept of cashing out in-game currency for real world money—but Lucas couldn’t care less. It was all his dad ever talked about. Now it’s the only life he has . . . as long as he doesn’t run out of money, then it’s game over for good.
While trying to figure out how not to lose the last of his limited money by dying yet again, Lucas stumbles across a player who looks rather familiar. Is it the man who murdered him? If it is, how can he make him pay for what he did? And why is he inside the game?