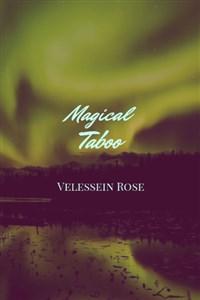 In a world where magic can fix any problem, Runia's left to suffer until her death. Surprising even the family that took her in when she was but a child by living as long as she has. She wants nothing more than to be free of her illness so that she's not a worry to others. Her biggest dream, however, should she not become healthy is to learn magic. The rules pertaining to magic training require a person to be born into a magical family or to undergo rigorous life-threatening training. Training she's more than willing to take up despite her condition. After all, if she's going to die anyway, what's the worse that could happen to her?
Born not only into a family of magic but, also in the service of the royal family Kyre has his hands full. including training his own apprentice. Taking on the care of a newly adopted child who's near death is the last thing on his list. Still, he takes up the process of treating an illness that most anyone could have cared for with the right herbs. Surprised only when a blood sample comes back with information that no one expected. Could there be more to the sickly girl found in a desert storm at the simple age of three? Is there more to the way Kyre himself treats those around him?