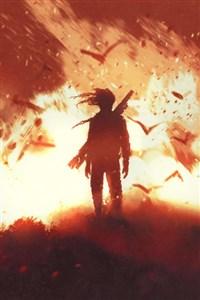 Hundreds of thousands of people were unknowingly brought into a nightmarish death game where monsters and demons ran rampant. Along with it, all of their memories were entirely erased, and they were left only with their names as they ventured the vast world of Grimgoire.
With a head full of doubts and questions, the players delved deeper and deeper into the secrets hidden beneath this nightmarish death game; and one player in particular dominated the rest. His name was Fidel, a man who was driven to near insanity from wanting to find out the truth about this world, and the reason why they were summoned here.
Throughout his journey, Fidel found out one obvious truth about this world-- and that it was the strong who lorded over this entire realm, and those who did not possess sufficient means and strength-- they can either die a horrible death or forever be slaves to the strong. In the end, power was what determined your fate in Grimgoire. And if Fidel ever wants to find out the real reason for this whole ordeal, then he needed to first be the strongest.