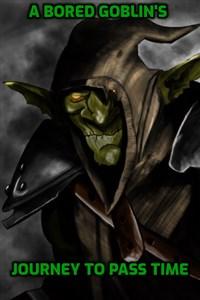 The motto of a typical goblin can be summed with these three simple words:
Rape. Kill. Pillage.
Rinse and repeat. A constant cycle of simple-minded banditry and cruelty against the weak. Lacking the instincts and perception to do anything else, these lowly creatures exist solely as mere annoying pests towards society as a whole. To add insult to injury, their species is largely weak; mere ants to be stepped on in the lower echelons of monsters.
Creatures who innately draw the hatred of other species while lacking the fear-factor to counter.
A worthless bunch of scum.
How...boring.
Seeing his brethren around him grovel around the carcasses of a group of deceased adventurers, a certain goblin shook his head. Ever since he was born, he was greeted with the same sight over and over again. Whether it be a villager, a passing traveler, or some weak adventurer, he'd witness his species continually rape, kill, and pillage these humans repetitively.
It was the same thing repeated everyday. It was so boring in the eyes of this goblin.
"I can't be doing this any longer! I'm out of here!"
With that declaration, the inspired goblin stood up and left right there and then. He didn't know where he would go next. He hardly knew what the world was like outside of his goblin tribe. He didn't even know why he suddenly came to that revelation after being driven by instinct all this time.
He just knew his life was boring and thought maybe a journey would help pass the time.