Maker Of A Universe 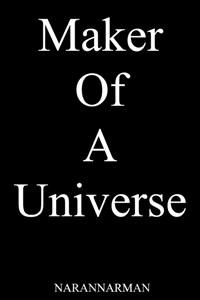 Our nameless protagonist who goes by calling of "1" is summoned into a void, a dark and empty expanse in unknown space. The observable universe could be seen from afar but what lies ahead was pure darkness and that's where he comes in.
He is given power to create his own universe, complete with the power to create any type of life and aspect of existence in his expanse.
But not all of this is for free, he is not the only one. There are thousands of other humans summoned to create their own universe and after reaching a certain minimum they will be subjected to a multiverse game of invade or be invaded, it's up to him to create his universe and play in this uncanny yet real game of gods.
(Story had elements inspired from a similar story, this is just my personal take of his idea but an original story nonetheless, cheers!)