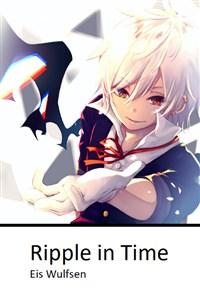 Klaus von Steiner was the strongest mage in existence. He alone stood at the pinnacle of magic, having mastered each branch of the Six Fold Path of Magic whereas the most accomplished of his peers struggled to master even one. With his exceptional talent, Klaus was quickly able to rise to the level of S-rank mage. With his ruthless nature, he was easily able to dispose of obstacles, real or perceived, present or future.
Indeed, Klaus was so powerful that he alone stood at the pinnacle of magic. But then, it also meant that he stood at the pinnacle of magic alone. And so when the black obelisks appeared, when hell-spawn began pouring into Voltenheim, then too was he alone. With no allies or peers, Klaus confronted the monstrosities alone. And alone, he died, slain by an enemy commander wielding a magic he could not comprehend.
But that was not truly the end. For before he had confronted the enemy, Klaus had set up a time ripple, his ace in the hole. The spell activated upon his death, rewinding all of spacetime back thirty years, to when Klaus was just a five-year-old boy. Now armed with knowledge of the future, and of the impending apocalypse, will Klaus choose to walk the same path? Or will he make use of his second chance, his ripple in time?