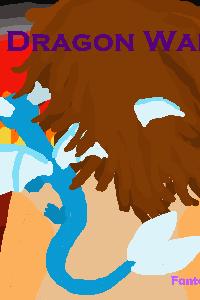 Dragons have been long thought to be on the verge of extinction, and might as well be. No one had seen one in over a hundred years, since the remaining few scattered to the far corners of the land, where no people dwell. The winds shift one fateful day, when a powerful mage soars in on dragonback, at the head of a massive flock eager to burn the land of humans to cinders. As a great war wages, dragons quickly become feared beasts of gnashing teeth and gouging claws, hated by all.
When young twins, Tabitha and Owen stumble across something they shouldn't, they're world is tipped upside down. From the large egg nestled down by the creek hatches an infant dragonell, as alone in the world as the siblings.
Raising the infant in secrecy, knowing their village would slaughter the young creature on sight, the two learn more about dragons than they ever anticipated and begin to suspect there's more to the winged lizards than blood and death. Their unique perspective will lead them on a journey that may just turn the tides and end the war of the world once and for all.