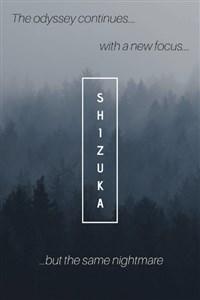 Four Heroes were summoned from earth to combat an evil threat in Evarenan but there was a fifth person, Hirano Shizuka. She was never meant to be summoned. It was purely coincidental and unintentional. The God who acted as the intermediatery for the summon, has shunned her. Fated to live a harsh life in a foreign world.
Abaddon, a Goddess, the Empress of Night, took pity upon Shizuka. Fascinated by the strength of her will and soul, and fond of her humble and accepting character, the Goddess offered Shizuka to be her Champion which Shizuka accepted.
A month passed after the arrival of the Heroes and a plus one at Evarenan, the real trials and nightmares of this world had only just begun for our offworlders, especially Shizuka.
AN: Shizuka is the sequel to Overture of an Odyssey, which takes place after the events of the latter.